It’s quite a common practice for many carriers across the globe to lock devices they sell to just their networks. The usual victim of this tends to be modems though feature phones and smartphones have also similarly faced such measures, albeit less in the recent past, perhaps due to the proliferation of multi-sim devices.

Carriers can justify this measure on grounds of selling such devices at a discount, on contract or simply, on the basis of competition.

With such temporal reasons, unlocking network locked devices proves to be inevitable at some point. After all, as consumers our instincts drive us to where the best value for our money is guaranteed.

If the network to which the device is locked to can’t offer that at some point in time by virtue of being an evolving business, it makes little sense why one shouldn’t shift to better offerings. Unlocking your device opens the door to such a possibility.

It’s no wonder that unlocking modems as well as phones has become a most sought after service. As a matter of fact, it’s big business now considering the countless premium online services that charge to have devices, smartphones included, unlocked from a particular carrier.

Ideally, as I’ve read somewhere, carriers may be obliged to unlock your device for a fee (a hefty one usually) or, for free if you are not under any contract with them or if the device warranty has expired.

But as we know, while this may hold true for some few markets (US), generally speaking it’s an unheard of practice in most countries. As such you’re forced to employ either one of those aforementioned premium online services or to just do it yourself.

In this post, I will detail how you can unlock various (not all) Huawei modems on your own at the cheap price of free. However, this might not work for everyone, especially so if you’re using a more recent model.

Before we get to the tools it’s necessary you understand how the unlocking is done. The principle is quite simple:

When you insert a SIM card of a different carrier in a Huawei modem, the dongle software/ dashboard that you connect with will reject it and prompt you to enter an Unlock Code.

The unlock code, sometimes called the NCK Code, is an 8-digit code computed from the modem’s unique International Mobile Equipment Identity (IMEI) number. That is to mean, the unlock code for one modem is going to be different from another even if they’re of the same model.

If you key in the correct unlock code, the modem will be unlocked automatically from the original carrier’s network and will accept the inserted SIM card.

Typically, in Huawei modems you get 10 unlock attempts which are more than enough should you insert a wrong code. If you exhaust the 10 attempts, you may be able to reset the counter. More on this later.

Afer unlocking your modem, on some you may be able to unlock the voice feature and make calls using it.

There are some few tools out there that I’ve used in the past to unlock some of my modems. All of them use the same principle as explained above: provide the modem’s IMEI number and they’ll compute the unlock code for you.

Some of them will also calculate a Flash Code which you will need should you wish to flash a firmware update onto the modem.

1. I’ve uploaded all the tools in my disposal in one ZIP package that you can find here.

2. Extract the package and you’ll find four tools there:

All of them are portable with the exception of Universal Advance Unlocker which you’ll have to install first.

B. Calculating the Unlock Code

Universal MasterCode and Universal Advance Unlocker are the only ones that list the Huawei models they support so use those first. The two others also have wide support, it just that they don’t explicitly mention the models.

Some of the models supported by these two include:

1. When you run any of these two, switch first to the Huawei tab then select your Huawei model from the list in Universal Advance Unlocker or check the Huawei Supported in the case of Universal MasterCode.

2. Enter the modem’s IMEI code and hit the calculate button to get the 8-digit Unlock code/NCK code.

After you get the code this is how you use it:

1. Exit the unlocking software and then plug your modem with a SIM card from another operator.

2. Run the Dongle Software/Dashboard that you connect with and when prompted for an unlock code, enter the 8-digit code that you got in the previous section.

If you don’t have the dongle software/dashboard that shipped with the modem or if it doesn’t prompt you for an unlock code, you can use Huawei’s Mobile Partner which you can get here. If not, use the other tools as outlined below.

These two will do both code calculation and the unlocking.

1. Make sure to first exit the dongle software/dashboard before using any of these if it runs automatically after inserting the modem. This because they need to communicate to the modem and this can’t be done simultaneously.

2. Connect to the modem by refreshing and selecting it from the list.

If it doesn’t connect automatically you can do it manually by selecting the COM number (in Huawei Tool v2.4.2) which can be found in the Device Manager. Just look for Huawei Mobile Connect – 3G PC UI Interface (COMx) under Ports (COM &LPT, where x is the number.

3. Once it connects, calculate the unlock code. If it’s similar to what you got in the other tools just proceed to unlock/send unlock code.

If your modem doesn’t unlock with one unlock code don’t try again as you’ll be wasting the unlock attempts.

If you happen to exhaust all your attempts you may be able to reset the counter as explained in the last section of this post.

If you’re using one of the newer Huawei modems (not listed above), the above tools will simply not work. I’m yet to find a free offline tool that does the unlocking for these modems, but there is this free online calculator which happens to support both old and newer Huawei modem models.

I’ve successfully managed to unlock a Huawei E3131 using this site so it’s definitely worth giving a try. The site has three algrothims (v1 (old) v2 & v3 (newer) to calculate codes for Huawei modems, so make sure to try all of them should one fail.

As of this writing, the calculator claims support for the following Huawei models:

Once you get your code, use as explained above to enter the unlock code.

If this doesn’t work either, you can always try using a premium unlocking service. Be wary of fraudsters though; there are plenty of these premium online unlocking sites claiming to unlock phones and modems at a fee; some are legitimate others are just plain scams.

If you’ve exhausted your 10 unlock attempts, connect the device to Huawei Unlock Tool 2.4.3 as explained above then click on the reset counter button.

You can also reset the modem using Huawei Modem Unlocker 5.8.1 which will also reset the unlock attempts. Resetting the modem in my case (a Huawei E160) disables the Voice feature but did not re-lock the modem. 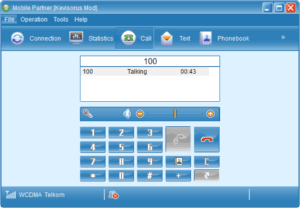 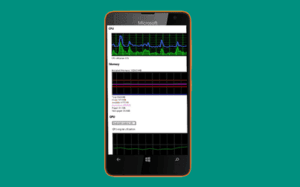 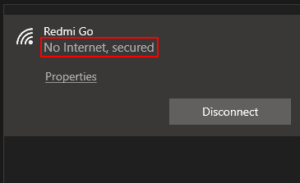 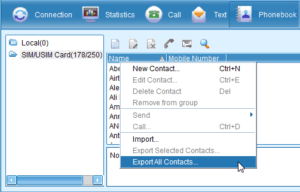 How to Import Contacts into Huawei’s Mobile Partner 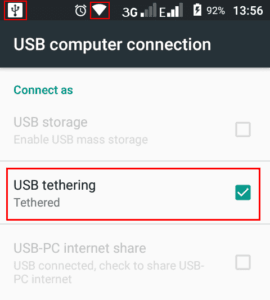