Windows 10 is at best a work in progress. We’ve seen it improve over the past few years especially on the mobile platform which was buggy to say the least. Now for this to work, Microsoft pushes updates every once in a while, some minor and some major like the Anniversary update.

Previously I’ve had some challenges updating my Lumia 430 phone which had shipped with Windows 8.1 but nothing that Windows Device Recovery Tool couldn’t sort out. With Windows 10 I’ve managed to keep up with most of the major updates, which often consists of several megabytes up to a gig or so.

The other day while downloading an update, the internet went down while I was on the 72% mark. It never recovered for the remainder of the day and it’s only after returning back home that I realized that this interrupted update had eaten up a whopping 1.09 GB.

As a matter of fact, I now recall deleting some of my music just to accommodate this update.

1.09 GB is not that much for some, but if you’re on a low end Lumia phone like the 430 which only reserves a little over 3GB for personal use, trust me, it’s a lot.

So knowing I wouldn’t have the opportunity to complete this update until a week or so, plus the fact I needed my music back on the phone, I decided why not just delete this incomplete update. Now that’s where all the problems began.

I arrived at that 1.09GB figure thankfully because the Storage app tells you the exact amount Temporary Files, and in this case Pending Updates and Preview Builds, occupy.

However that’s the end of the story because Microsoft in all their wisdom doesn’t allow you to delete these updates.

My first option was rather complicated one: from what I had gathered online, I had to “root” (i.e. interop unlock) the phone, gain file system access then connect it to my computer via SFTP to delete the update files.

The second option was to reset the phone but that was just too drastic a measure to even consider. Still, my phone for the longest time had refused to reset for some reason.

The third option I stumbled on after some industrious searching on Google. I can’t remember the site but I reckon it was the Windows Central forum and the post was a few years old. The solution: set the date to a couple of weeks ahead and Windows will just delete the updates on its own.

Now I recall reading that there was a time on Windows 8.1 Phone, that if you had set the date ahead a couple of years you could uninstall some system apps. Microsoft had long since took care of that bug so in way I was doubtful about this trick working.

Either way I tried it and surprise, it worked like a charm. From 1.09GB down to 50.8 MB in just a couple of minutes.

Set the Current Date to a Future One

Basically I set the date ahead two weeks and refreshed the storage and found it had dropped to 851 MB. I kept setting the date a couple of months ahead and by the time I was done it had dropped down 50.8 MB.

I stopped at that and a week or so later it was down to zero. As a matter of fact the Pending updates and Preview Builds wasn’t there anymore.

I presume Microsoft has designed the update system in such a way that it deletes the updates “cumulatively” if there’s no update activity, so that when you decide to update it doesn’t have to start from scratch.

Now I’m just speculating but regardless, it would have been better if jsut MS included an option for users to delete this updates on their own.

Meanwhile we’re always grateful to Microsoft for leaving this kind of bugs in their systems – they always seem to cushion us from their streak of bad decisions when we pretty much have no other option. 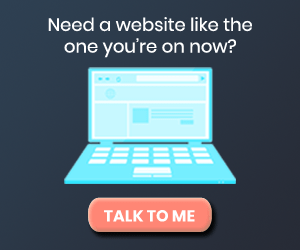